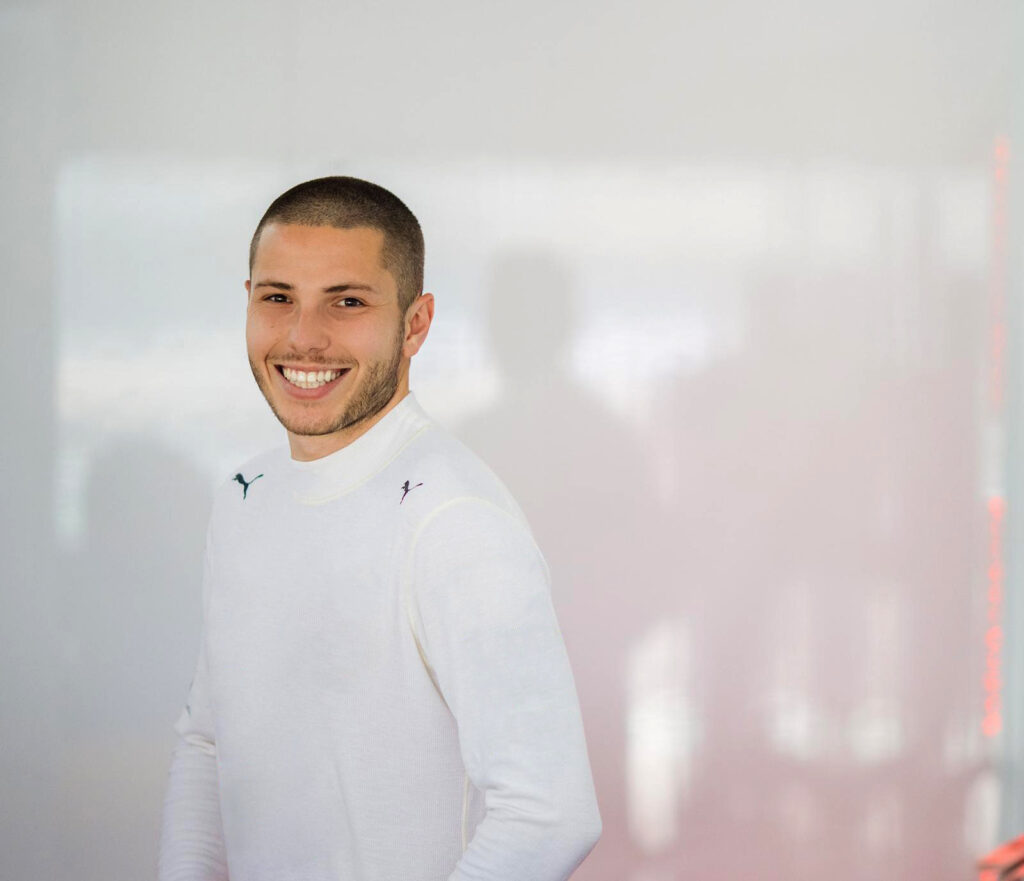 Driver Vincent Abril becomes a new addition to Greenlight, following an illustrious career in GT racing and competing as a factory driver for both Bentley and Mercedes-AMG.

Abril embarked on his motorsport career at age 15, competing in the Rotax Junior karting class in the French Championship, progressing quickly into the Seat Leon Supercopa French championship before beginning his journey in GT racing.

Vincent had a promising start to his GT career, with the driver’s on-track performance leading to a nomination for the ‘Rookie of the Year’ award in 2013. A year later, when racing for Audi Sport WRT in the Blancpain GT Sprint Series, Abril was crowned ‘Young Driver Champion’.

Abril went on to sign as a Bentley factory driver, competing in the Blancpain GT Endurance and Sprint Series’ between 2015 and 2018, most notably becoming the 2015 Driver Champion in his first year with the marque. That same year, Vincent secured a victory at the 6 Hours of Le Castellet in 2017 and P2 at the Total 24 Hours of Spa.

More recently, Vincent competed in the Blancpain GT Series with AKKA ASP in 2019, driving the Mercedes-AMG GT3 and made a debut in DTM in 2021 as a Mercedes-AMG Factory driver. The driver also raced with MR Racing in the Ferrari 488 GTE Evo in 2020 at the 24 Hours of Le Mans and returned to the race event in 2022 racing in the GTE Am class with AF Corse, triumphantly crossing the line in pole position. In the same year, Abril competed with the successful Ferrari outfit in the Asian Le Mans Series, securing three podium positions and driving in the GT World Challenge Europe with Team JP Motorsport, racing in the McLaren 720S GT3.

Looking ahead to the future and signing with Greenlight Sports Management, Vincent said:

“I’m delighted to join my ex-teammates and friends Guy Smith and Andy Meyrick at GSM. Two examples of true professionals! Together, I am confident multiple opportunities will develop, especially during this amazing era that endurance racing is witnessing. Bright days ahead!”

“We are thrilled to have Vincent join us at Greenlight Sports Management and work with him to further his already impressive motorsport career. Andy and I have seen first-hand how Vincent has gone from strength to strength in his career to become one of the fastest young sportscar drivers on the grid. Vincent will be a great addition to the GSM team and provide our younger drivers with his insight on how to progress up the ranks. We are excited to see what the future holds for Vincent.”

Keep up to date with Vincent’s career and any announcements by following @greenlightsp and Vincent @vinceabril36 on Instagram.