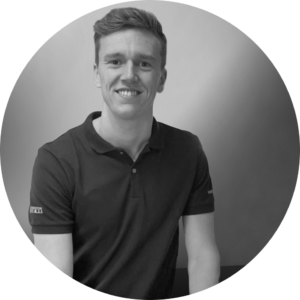 Ben is a driver who stormed through the ranks of motorsport early in his career, becoming multiple British and European Karting Champion in the Cadet, Junior and Senior KF2 classes before graduating to single-seaters in 2014. He was immediately successful, winning the Formula Renault NEC Championship, the BRDC F3 Autumn Trophy, and a multiple race winner in the Formula Renault Eurocup and FIA Formula 3 European Championship.

Ben hasn't looked back since making the transition from single-seaters into GT racing in 2017. Signed as a McLaren Factory Driver a year later, he has competed and won on some of the biggest stages in motorsport with podiums at the Bathurst 12 Hours, Asian Le Mans Series, and a dominant outright victory at the Gulf 12 Hours in Bahrain.

2022 was a year of accomplishments for Barnicoat, with the driver storming to victory early in the year as he took the Asian Le Mans Series title, as well as winning the Gulf 12 Hours. This trend continued, seeing Ben conclude the year finishing P2 after securing 6 podiums in the GTD Pro class of the IMSA WeatherTech Sportscar championship, one being a victory in the first race of the season at MOTUL Petit Le Mans. 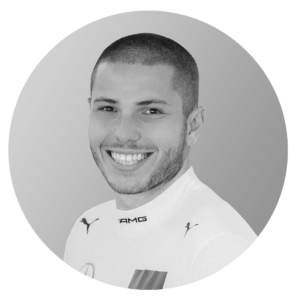 Vincent Abril is a racing driver who embarked on his motorsport career when he was 15 years old, competing in the Rotax Junior karting class in the French Championship. After a brief stint in the karting paddock, Abril progressed up to car racing in 2011 where he joined the driver line up of the Seat Leon Supercopa French championship, before ultimately beginning what would be an illustrious GT racing career.

Vincent had a promising start to his career in GT racing, leading to a nomination for the 2013 ‘Rookie of the Year award and a year later becoming Young Driver Champion in the Blancpain GT Sprint Series racing for Audi Sport WRT.

Between 2015-2018, Abril signed as a Bentley factory driver and competed across both the Blancpain GT Endurance and Sprint Series’. In his first year with the marque, Vincent went on to become the 2015 driver champion, going onto secure a victory at the 6 Hours of Le Castellet in 2017, before going onto finish P2 at the infamous Total 24 Hours of Spa event in the same year.

Most recently, Vincent competed in the Blancpain GT Series with AKKA ASP in 2019, driving the Mercedes-AMG GT3 and debuted in DTM as a Mercedes-AMG factory driver in 2021. Abril has also driven with MR Racing at the 2020 24 Hours of Le Mans in the Ferrari 288 GTE and returned to the race event in 2022 with AF Corse racing in the GTE Am class, in which he triumphantly crossed the line to secure pole position. That same year, the professional driver competed with the Ferrari outfit in the Asian Le Mans series and claimed three podium finishes, in addition to driving in the GT World Challenge with Team JP Motorsport in the McLaren 720S GT3. 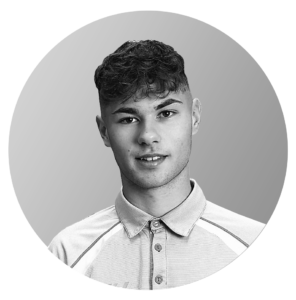 Josh joined Greenlight Sports Management under the young driver mentoring programme in 2021 with his sights firmly set on an endurance racing career.

Having already made strides to realise his goal, 21-year old Josh took up karting as a hobby with his Dad in 2011. The Cumbrian-born talent competed in and won both the Northern Karting Federation (NKF) and the Rowrah Kart Club Championships in the same year.

Josh has since progressed through the karting ranks and into car racing. In 2019 he secured fourth place in the British F4 Championship before moving into the BRDC British Formula 3 Championship in 2020 (cut short by Covid-19). In 2021 Josh joined Swiss race outfit Cool Racing and took to the European stage contesting a full Michelin Le Mans Cup in LMP3. He gained his first win at the famous Spa Francorchamps at the final round before heading to the US, where Josh made his IMSA debut with WIN Autosport joining experienced team-mates Matt Bell and Naveen Rao for Petit Le Mans.

Josh joined the Racing Spirit of Léman team in 2022, competing in the Michelin Le Mans Cup series. Amongst a strong grid of drivers, Skelton finished sixth in the driver standings and successfully secured three podium finishes at Le Mans, Monza and Spa-Francorchamps. 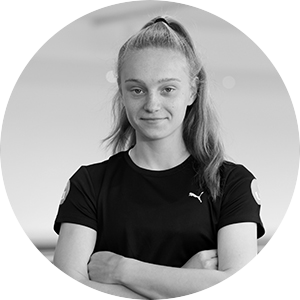 -year-old Jessica Edgar was born into a family that has been involved in motorsport for more than half a century. Racing since she was just four years old, the teenager was crowned the CKRC series champion in 2017.

Since then, Jessica has gone on to represent the UK at the FIA Motorsport Games, is a member of FIA Girls on Track, is part of Motorsport UK’s Academy, and has twice been selected for The Girls on Track – Rising Stars programme in 2020 and 2021; a joint project between the FIA and Ferrari’s Driver Academy, which aims to identify the best 12–16-year-old female racers from across the globe.

In 2022, Jessica made the step up to single-seater car racing signing with Fortec Motorsport to drive in the GB4 Championship. Edgar ranked within the top ten in the driver standings in her rookie year, with this experience standing her in good stead to progress up the ranks to Formula 4 and W Series. 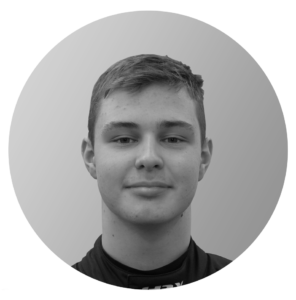 -year-old Zac Meakin started his motorsport at age 7, progressing through the indoor karting academy, before advancing to outdoor karting and later moving into long circuit racing across the UK.

The Leeds-based racer excelled through the Cadet and Junior karting ranks of British European and International championships from 2014 to 2019. Two successful kart seasons in 2018 and ’19 culminated in Zac’s selection to represent team GB at the European Karting Juniors at Le Mans and a fourth-place overall in the Little Green Man British series. After a switch to cars for extensive testing and the completion of his RDS test in 2020, Zac debuted in competitive racing in the Ginetta Junior Series in 2021.

2022 saw Meakin join the Preptech UK team to race for his second year in the Ginetta Junior Championship, allowing the young driver to continue to develop his race craft ahead of the next step in his motorsport career. 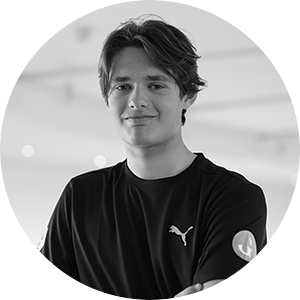 Finn Harrison has taken the first steps into car racing since signing with GSM, making his debut in the 2022 Ginetta Junior Championship.

​​-year-old karting star Finn has been making a name for himself on the British karting scene over the past few years. The 2021 Whilton Mill Champion competed in selected races of the 2022 Ginetta Junior Championship with Assetto Motorsport, in order to aide Harrison’s progression into car racing. The young driver will continue his exposure to car racing when he competes in the 2022 Ginetta Winter Series event.